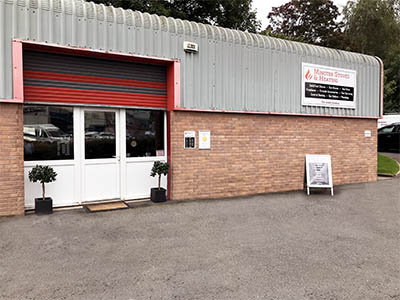 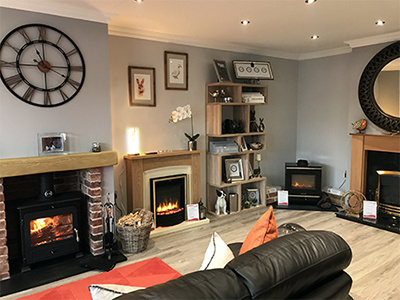 We are delighted to announce that our new retail showroom in Leominster opened in January 2019!

Converting the industrial unit from a car spares shop to a stove and fire showroom has been a big task for Len and me, however, I think all our hard work paid off!

We have a range of wood-burning stoves, gas stoves, gas fires, electric fires, fireplaces, logs and accessories to suit your needs and budget.

Recent newspaper headlines (January 2019) proclaiming the Government are to introduce a wood-burning stove ban has meant we’ve received a lot of enquiries and comments from concerned stove owners and would-be-purchasers.

To be frank, there have been many ill-informed articles written in the press about this subject – in fact, we’d go so far to say that it’s “fake news”. So how has this fiction about a ban come about?

The hyperbole stems from the mayor of London, Sadiq Khan, asking the Department for Environment, Food and Rural Affairs (DEFRA) in September (2018) for the power to ban solid fuel use (wood, coal and the like) in high-pollution areas of the city, starting in 2025, which would require amending the Clean Air Act.

However, what most of the media failed to report is that the wood-burning stove ban so widely reported referred to old stoves, which are much less efficient than new ones.  Modern stoves have very low emissions compared to older stoves and indeed open fires.  There is no proposed ban on existing wood-burning stoves, but new stoves being sold have to be cleaner.

It is worth noting that the London Mayor, Sadiq Khan only has jurisdiction in London, where large swathes are already designated as smokeless zones where homeowners cannot use log-burning stoves anyway unless it is a Defra Exempt appliance (opens in a new browser window). The same is true of smokeless zones throughout the UK where the only acceptable fuel is smokeless fuel.

Minster Stoves & Heating are supporters of manufacturers who make new contemporary wood-burning stoves, known as Ecodesign stoves,  as endorsed by the Stove Industry Alliance (SIA) (opens in a new browser window). The aim of these stoves is to reduce potentially harmful particle emissions by more than 80% compared with stoves from a decade ago.

We are authorised and approved stockists of Portway Stoves where the entire range is Eco Design Compliant, Smoke Control Exempt and Euro 2022 ready.

For more information about this subject, visit our Stoves FAQ page.